An encounter with Handel and Bach 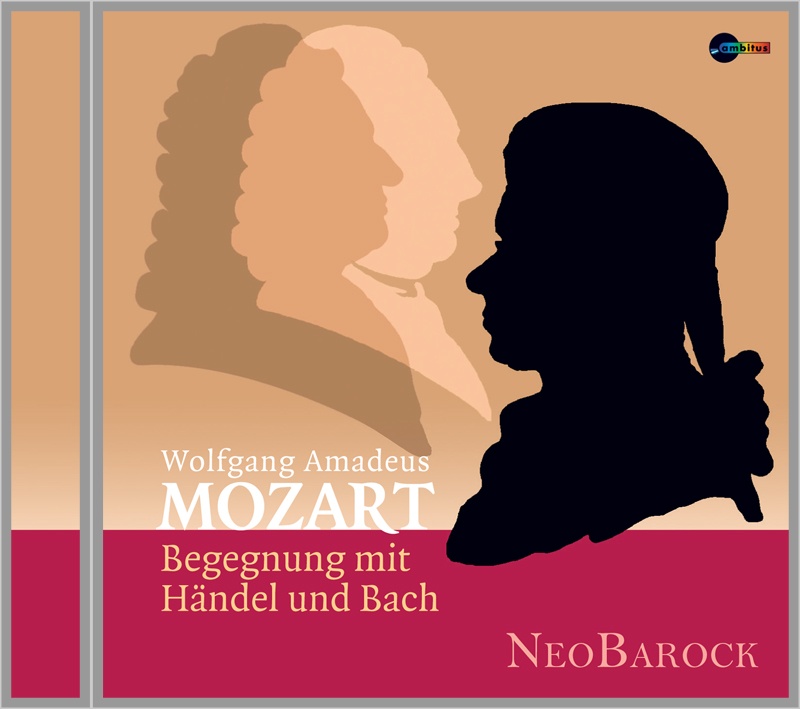 At an early age Mozart encounters Handel’s Baroque style and also the more modern art of Johann Christian Bach, later on he comes into contact with Johann Sebastian Bach’s music at Baron Gottfried van Swieten’s in Vienna. Mozart’s three harpsichord concerts KV 107, based on sonatas by Johann Christian Bach, are the focal point of the CD, framed by compositions by Handel and Bach, including the sensational first recording of a co-production by Johann Sebastian and Carl Philipp Emanuel Bach.

“A coherent dramaturgical album concept, rich in associations, has emerged that NeoBarock renders in an exceptionally convincing manner.” (BR 4 Klassik)

There are any number of Bachs behind the title – arrangements by the young Mozart of J. C. Bach’s clavier sonatas op. 5/2-4, the Adagio and Fugue in D minor after J. S. Bach, C. P. E. Bach’s D minor sonata Wq 145/H 569, and the G major sonata by either J. S. or C. P. E. Bach or both, BWV1038. The Handel is op. 5/4, a selection of most bubbly and uplifting movements. NeoBarock play with warmth, a familiarity with the music that allows them to take liberties without ever overstepping the fine line of good taste, and with a deft accuracy of touch that many better-known ensembles should envy.

… vivid and sensuous. …An outstanding, dramatically impressive album concept, full of associations, coherent in its presentation. NeoBarock succeeds in presenting an intelligent homage to Mozart.

… organic, lively, and fresh as the morning dew.