Since its founding in 2003, the Echo-Klassik prize winner NeoBarock has earned a reputation as an excellent interpreter of exceptional programs with its captivating interpretations and musicologically based concepts. For NeoBarock historical performance is not an end in itself, a staging of past events, nor do they produce museum pieces as a musical backdrop to contemporary life. NeoBarock do not try to take today’s listeners back into the Baroque era – they transpose that era’s music into our present age. Based on profound knowledge of their source material, on constant research, employing exactly the kind of instruments a piece originally was written for, these readings are a conscious effort to get as close to a composer’s intentions as possible, to reveal the music’s timeless relevance.
In thrilling, suggestive concert performances NeoBarock present rediscovered rarities or shed new light on well-known repertoire. With its unmistakable intensity of sound the ensemble is a regular guest in renowned concert halls and at important festivals.

Highlights of the current season include the continuation of the Gesamtkunst concert series in Cologne, which in 2022 will be all about “Women in Art: Sounding Biographies”. In 2023, NeoBarock, whose “Bach interpretation – according to the Huffington Post, USA – is a groundbreaking leader” will present for the first time its interpretation of the Musical Offering in combination with Isang Yun’s Königliches Thema from 1976 and the Bach-inspired Canonic Inventions by Czech composer Vicktor Kalabis.
The latest CD ARCADIA – Paradise in Music with works by Biber, Tartini, Scarlatti and others has been released in spring 2022 by ambitus Musikproduktion. It has been praised by the press as “expressive, virtuosic and rich in colour”, was included in the longlist 2/2022 of the German Record Critics’ Prize, and nominated for the International Classical Music Award (ICMA) 2023.

“NeoBarock’s musical performances are stylistically brilliant, dynamic, passionate and on the cutting edge of where Bach in the 21st century is heading.”

“A way of playing that you can’t get enough of.
… artistic mastery that is undoubtedly part of a divine order.” 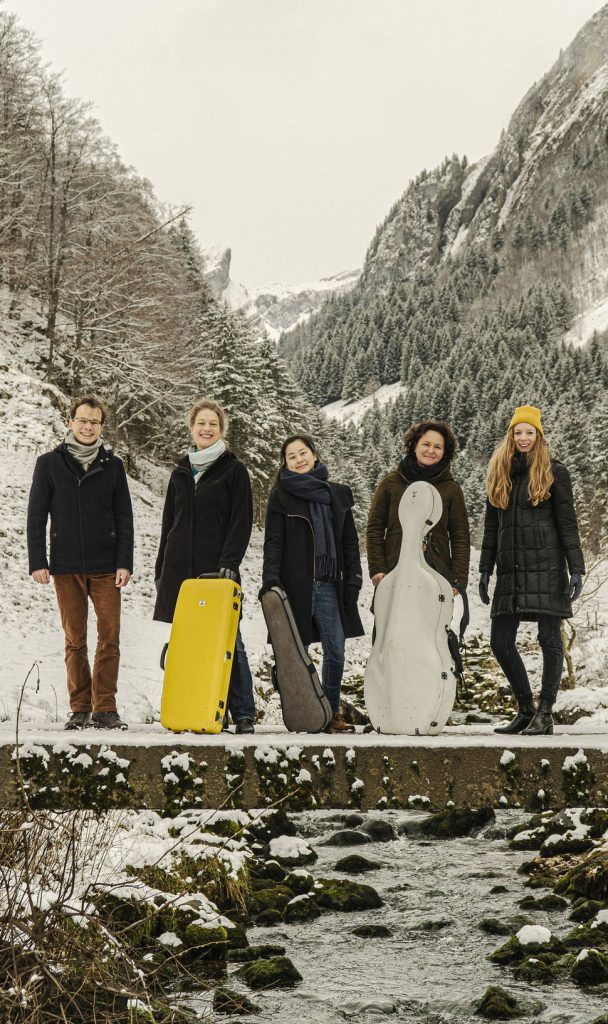