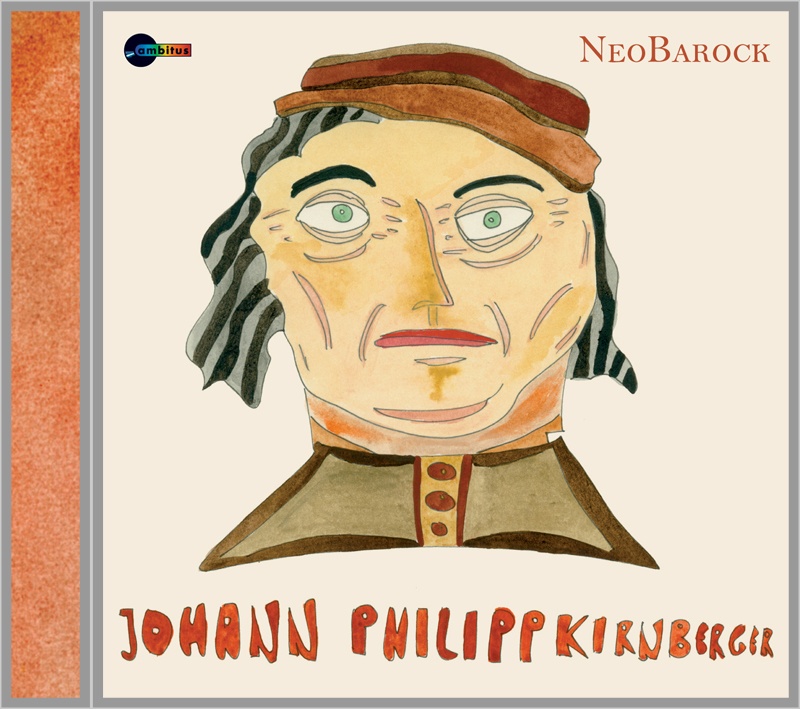 Johann Philipp Kirnberger is not one of the great composers in the history of music, but he has a secure spot in musical history as a prominent theorist. His main work Die Kunst des reinen Satzes in der Musik is well known among music historians. As a composer he was forgotten for a long time, undeservedly so, as some of his compositions which are played today and the present recording of six of his trio sonatas may prove. Like most of Kirnberger’s compositions, these trios were not printed during his lifetime, but exist in manuscript form as part of Princess Anna Amalia of Prussia’s musical collection, the so-called Amalia Library which is preserved in the Staatsbibliothek (State Library) in Berlin. It is not possible to date the origin of these trio sonatas. Kirnberger tended to polish his compositions over a long period of time and it is possible that this collection is the result of many years’ work. Some of them may go back to his apprenticeship time with Bach, whose influence as a model can be detected – and so it is not surprising that two of the trios (Nos. 2 and 4) in copied form were mistakenly attributed to the master himself.

NeoBarock have dedicated another of their CDs solely to the still little-known Kirnberger. There are six trios (four in major keys, two in minor) in all, though one (no. 6 in E) is designed to be performed by violin and obbligato harpsichord. The “Bach” sonata rounds off the disc – indeed, if you love Bach and, like me, think there is not enough chamber music, this is the perfect disc for you; Kirnberger’s music is as chromatically and contrapuntally complex as that of his master, and with NeoBarock’s finely pointed playing, it really comes to life.

The Six Trio Sonatas by one-time Bach student Johann Philipp Kirnberger (1721-1783) is the real discovery: More than an hour of unalloyed instrumental joy in the twilight post-Bach tradition that was soon to be eclipsed by the early classical stylists.